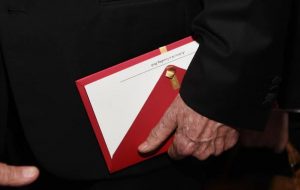 2018 Oscars seemed to go smoothly, but who remembers last year? Did you watch the 2017 Oscar ceremony? When the best picture Oscar was announced as La La Land and the producers were half way through their acceptance speech before it was corrected and the award was given to Moonlight?

It turns out they mistakenly opened the Best Actress envelope, which was for Emma Stone in La La Land. Emma Stone said they couldn’t have as she had the envelope. Turns out there were two envelopes.

The headlines the next day were scathing. “You had one job!” Yes they did have one job but if you look at the process with a mistake-proofing and risk assessment mindset, the process called for a lot of improvement.

Many just called for the two accountants doing the job to be sacked. It’s not always fair to blame the operator, but it’s a very common reaction. Sacking the people involved might make the people in charge feel better but it doesn’t really address the root cause of the problem.

You could do 5 Whys?

Why was the wrong winner announced? Because the wrong envelope was handed over.

Because there are two envelopes for each award.

Because they might go on from either side of the stage. (Really? Is the Oscars not completely scripted?)

Why was the wrong one handed over?

Because the person handing the envelope over was distracted by his phone being on social media.

Why was he on his phone at the same time as handing out envelopes?

Because no-one had analysed the risk of distraction and no-one had implemented a no-phones policy. Or there was a policy but it had not been followed. I’m sure it’s not the first time he had been on his phone. Just like if you text and drive – the first time you do it you might not crash, but the risk is still there, which is why the police try to catch unsafe behaviour. Before the accident happens.

Why was the wrong winner allowed to give an acceptance speech?

Because there was no process to analyse risk and have an action plan in place. No risk assessment appears to have been done.

As with most workplace incidents, a number of things need to go wrong for a disaster to happen. It is possible to put in place some process improvements to reduce the chance of a similar incident happening in the future. Many of the changes ‘mistake-proof’ the process. An important aspect of lean or continuous improvement.

So there was good reason to make the writing on the envelopes larger in 2018. No mistakes this year! 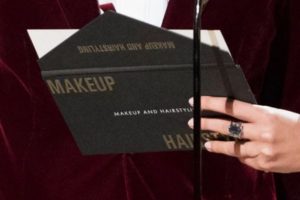